My five minutes of fame

There are so many things on my mind when I remember this day, 17th of November, 2009. Where should I start?

First, I must tell this article will be a little bit personal. (What else can an account of experiences be?) I try not to be conceited, believe me, I am not, I am only delighted. And I think I worked so much for this day even if I had never imagined what I have been preparing for years while writing and learning on my own and also in a young writer’s group.

In 2009 a London theatre company asked writers from all around the world to write in a short play what can happen in five minutes. The best ones would be performed by the members of the Eyebrow Productions in London, the capital city of theatres.

When I saw the contest I immediately had an idea I knew if I have to write a very short one then it must end with a nub. However it would not be enough. Long after I had written my play I realized that it owed its success to the characters and the world behind them, not only the surprising end. Moreover, as a writer I also realized how hard it is to repeat – not only the success, but the good writing. I have to admit that I may never be able to do this again, or if I write  a great play or short story maybe I will never be at the right place in the right time. Fate gave me five minutes of success and I must accept it and never be sad if it never comes again. That is why I am unspeakably blessed when I remember that day, because I am certain that this was one of the best days in my life. And I am grateful.

A month later I wrote the play, titled Forty-three seconds (of course in my native language, my English is not good enough), I translated and sent it to some friends to check the text (I cannot tell you how much I appreciate Ágnes Körmendi, Csilla Kleinheincz, Sándor Szabó, Ferenc Csuszner and my beloved one, Gábor Novák for their help). Then I submitted the play to the Eyebrow Productions via e-mail in April.

The summer passed. I forgot that I had even written my first play in my life, when I got an e-mail in November which started with the word every creator would like to read: Congratulations…

The Eyebrow Productions asked permission to perform my play and only a few days were left to decide whether Gábor and me would fly to London or not. All of our friends and relatives told me not to miss it. And they were right.

I had never been to London before and the first thing that made me smile was the English talking. It was really the same we were listening to at the language sessions at school. I would never have thought it. I loved the city and the countryside we saw from the train heading from Gatwick to Victoria… I immediately took a lot of pictures of buses and taxis. London has a really well planned original face, no matter how many photos you take and which part of the city is on them, everyone will recognize that it is about London.

It took some time to get used to the traffic (look right, not left!) but we found our accommodation easily – the theatre was a few streets away from it.

The theatre that is called the Royal Academy of Dramatic Art. When I read it again and again and again I was thinking of what the hell I was doing there? It was a dream I had never dreamed of earlier. The event – the first WriteBites – started in the late afternoon and we entered the hall of the RADA about an hour earlier. They expected us because I had written to them that we flew to London. They showed us our table. Table, not only seats, because the whole informal performance took place in the Bar of the RADA. A few minutes later it was full, I think at least one hundred people must have been there.

Nine plays were performed with one short break (the show lasted for an hour), we were told the leaders of the Eyebrow Productions chose them from among four hundred submissions and they also wrote their own ones. The submissions really came from all around the world, not only native English authors sent their plays but Spanish and of course Hungarians as well. We picked up a programme, read all the bios of the actors, writers and directors and I realized that I was an odd one out: I had no relations, connections with theatre, I always sat on the other side of the stage… We were not allowed to take any pictures during the performance so I can only write about it. The theatre was not a classic one, as I already said it was a bar with a small stage, tables and chairs and a bar counter. The actors used every space, they stood in its corners and shouted at each other, standing among the audience, or they sat down next to our table and the performance seemed like we were sitting in a bar and listening to the talking of strangers. For example my play was performed by the actors sitting at the bar counter and the Radio stood near to the stage. (Richard Maxted – First passenger, Chris Nayak – Second passenger, Radio – Juliet Oldfield; directed by John Sheerman).

All the actors were really, really talented, the ideas of the directors were original, sometimes funny and surprising. John Sheerman was nice and honest, he did not want to believe that Forty-three seconds was my first play I had ever written. He told me that they became excited when they heard that I would travel to London for the show. They interpreted the characters almost the same way as the amateur actors did at the Hungarian debut in July 2009, but, of course, the English version was professional. They did not use any accessories, there is an unlighted cigarette in the first part of the play – they substituted it with a pen, and at the end they put on imaginary goggles. The emphases were at the right places: the English audience laughed when they were supposed to (just like the Hungarian viewers), and were quiet when they were supposed to. I was glad and excited to see that the words of the play worked in both languages. Gábor and I liked the other plays too, however we did not understand everything – our English should have been perfect to understand all the words after hearing.

After the show I was able to speak a few words with the director and the actors (they came to me because I was too shy and – in a good way – shocked). I was glad that they were surprised by my play, the director was curious about the imaginary world, and told me they immediately started to wonder about it. John Sheerman made me promise to send him my next one to the WriteBites. Later a girl, a young director from an other theatre came to me and also asked for new, longer plays…

When we got back to our small hotel I think I was as exhausted as the actors and directors, however I could not fall asleep for long hours.

Next day we went sightseeing, we saw everything that was possible in such a short time before we came home.

Well, I love London. Let my photos tell you how much. Judit works as a prosecutor but writing and painting have always been important to her. She mostly writes short stories and some of them have been published in Hungarian fiction magazines. Nowadays she is working on her novel and painting and drawing for exhibitions.

Her gallery at DeviantArt

Read the play in English 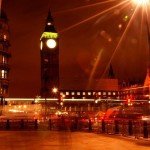 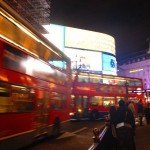 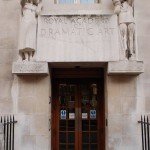 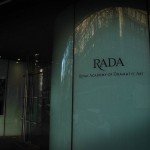 Entrance from the Malet Street, where we got in 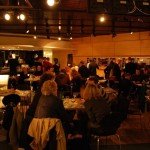 Rada Bar after the show 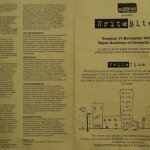 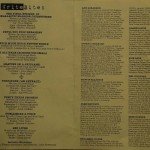 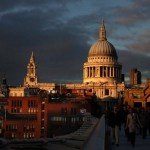 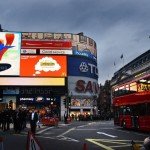 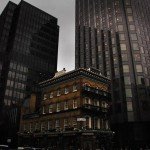 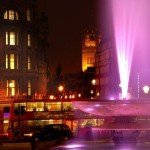